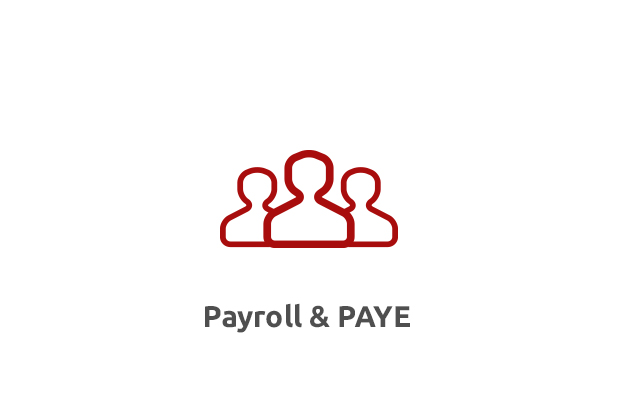 Basically the rules allow for one late payment per tax year without a penalty being charged, but if payments are made late on two or more occasions the penalties range from between 1% and 4%.  Additional penalties may be charged where payments are outstanding for more than six months and again if any payment is still outstanding after twelve months.

The range of penalties based upon the number of late payments in the tax year are as follows:

In practice it seems that all penalties are currently only levied after the end of the tax year so in the above example only one penalty notice would be issued post 5 April 2012 for the total penalty charges for the year, i.e. in this case £1,000.

If Jones Ltd in Example 1 had still not paid the PAYE for June, July and August 2011 after six months, the payments due would all have been outstanding for more than 6 months and an additional 5% penalty would be charged.  For this purpose the first default is not ignored and so as the total PAYE due for the 3 months was £20,000 a further penalty of £1,000 would be charged in addition to any penalty due under the totting up procedure.  If payment is still outstanding after 12 months, a further 5% penalty will be charged.

Any payments outstanding on 19 April following the end of the tax year will also incur a late payment interest charge (and from April 2012 interest charges are proposed to be due with effect from the due date, i.e. normally 19th of the following month).

The new penalty regime applies not just to monthly (or in some cases quarterly) PAYE & NIC payments, but also to:

In the above cases a 5% penalty arises if payment is not made within 30 days of the due date.  For determinations/assessments/amendments and corrections the due date is that of the determination etc (i.e. not the original due date of the tax involved).  However, other penalties for carelessness etc may also be due.

The payment deadlines differ slightly as between payment by post or electronically by internet or telephone banking,  BACS, CHAPS, BillPay, Giro etc.

Monthly (or quarterly) PAYE/NICs payments by cheque must be received by HM Revenue by the 19th of the month following  the month of deduction, or the 22nd if paid electronically.   If the 22nd is a bank holiday or a weekend the cleared payment must reach HM Revenue’s bank account by the last previous working day.

Payments of Class 1A NICs must be received by post by 19th July or must clear by 22nd July if paid electronically e.g. the payment deadlines for 2011/12 Class 1A NICs are 19 July and 22 July 2012 respectively.

Tax/NICs under PAYE Settlement Agreements must be paid by 19th October (after the end of the relevant tax year) or 22nd October if paid electronically.

There is an interactive tool on the HMRC website for setting up a payments calendar so that deadlines are not missed including a facility for email alerts:http://www.businesslink.gov.uk/bdotg/action/keydates .  The tool takes about 5 minutes to complete.

No penalty will be charged if there is a reasonable excuse for the late payment, such as the death or illness of a business owner/close relative, or unforeseen events such a fire or flood.  Late payment because of pressure of work, lack of money or reliance on someone else is not usually accepted as a reasonable excuse.  If HM Revenue charge a penalty which is felt to be unreasonable in the circumstances an appeal may be made to the tax appeals tribunal.  Appeals to date have met with some considerable success for employers who believed payments were being made correctly but marginally missed the deadline.  However, for others considerable penalties have been incurred for which no reasonable excuse existed.

Where payment is not possible because of circumstances outside the employer’s control, such as default by a major customer, the HM Revenue Business Support Payment Service may allow time to pay according to an agreed timetable (http://www.hmrc.gov.uk/payinghmrc/problems/bpps.htm).  No penalties will be charged on payments covered by any agreement, however, the service only deals with requests for time to pay which are made before payment becomes due.  If you are having difficulties meeting PAYE/NICs or any other tax payments, please contact us to discuss how best to deal with the situation.

Following consultation on “Improving the operation of PAYE” it was announced in April 2011 that, in the future, each monthly/quarterly remittance should be accompanied by a full breakdown of its exact constitution (similar to the details currently given at the end of each tax year on form P35 plus a considerable number of other items of information).  This procedure will apply to large employers with effect from 6 April 2013 and to all employers from October 2013.