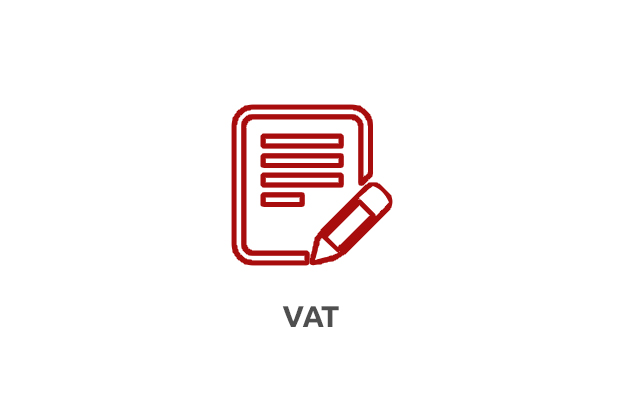 The simplified reporting requirement (three line accounts) for the income tax Self Assessment return will continue to be aligned with the VAT registration threshold.

The new simpler income tax cash basis intended to simplify the way in which small businesses can calculate their trade profits, will be available to them from the 2013/14 tax year and onward. The eligibility conditions for the cash basis will be linked to the VAT registration threshold in place at the end of the tax year.

Changes to place of supply rules

As part of the on-going, staggered changes to the place of supply rules for international services, legislation will be introduced in Finance Bill 2014 to tax Intra-Community business to consumer (‘B2C’) supplies of telecommunications, broadcasting and e-services in the Member State in which the consumer is located.

Currently, these services are subject to VAT in the Member State in which the business is established. The changes will be effective from 1 January 2015. The main rationale given for the changes is fairness.

The obvious concern with this change would have been the need for VAT registration in other EU Member States. However, this has been addressed, in that a Mini One Stop Shop (‘MOSS’) will also be introduced from 1 January 2015. This is an IT system giving businesses the choice to register in just the UK and to account for any VAT due in other Member States through a single return. As it is an option, affected businesses will not have to use MOSS and may, if they prefer, register in the Member State of consumption.

As usual, changes have been made to fuel scale charges and the new rates are applicable to VAT return periods starting on or after 1 May 2013.

Withdrawal of exemption for business supplies of research between eligible bodies

A consultation on the withdrawal of the VAT exemption for business research supplied by one eligible body to another ended on 14 March 2013. Subject to the responses, the Government intends to introduce secondary legislation and proceed with the withdrawal of the exemption on 1 August 2013, but will consider the possibility of transitional reliefs.

The Government has announced a consultation on options for redesigning the Retail Export Scheme, which allows refunds of VAT on goods bought in the UK by non-EU visitors who export those goods in their personal luggage to a destination outside the EU.
The consultation will be launched sometime during the summer and the main objective is to make the scheme easier to understand and use. The Government also hopes that any changes will reduce the risk of error and improve compliance, at the same time as representing value for money for the taxpayer. When responses have been collated, the Government will consider all options, including the introduction of a digital scheme.

Changes to zero-rating of exports from the UK

The Government has announced a consultation affecting the zero-rating of certain supplies of goods for export outside the EU. At the moment, supplies of goods to businesses that are registered for VAT in the UK, but do not have a business establishment here, and which then arrange for export of the goods to a final destination outside the EU, are standard rated. These changes would make such sales zero-rated in line with EU law.

After the consultation period, a statutory instrument will be laid. This is planned for late summer or early autumn. A minor change will also be made to UK law on zero-rating of goods dispatched to other EU Member States (Intra-Community sales). This will change an outdated reference to excise law.

Treatment of refunds made by manufacturers

The Government has announced that new legislation will be introduced in Finance Bill 2014 enabling regulations allowing manufacturers to reduce their VAT payments where they make refunds directly to final customers, for example when goods are faulty or damaged products or the customer is dissatisfied. There will be a consultation period so that the Government can understand industry practices better, which will help with the design of the legislation.

Following changes proposed in the Care and Support Bill, the Government has announced that it will introduce legislation in Finance Bill 2014 to add the Health Research Authority and Health Education England to section 41 of the VAT Act 1994. This will ensure that these bodies can continue to claim VAT refunds.

In Budget 2012, the Government announced a consultation on and review of the VAT treatment of education at university degree level. The objective was to extend the existing exemption to commercial entities supplying such education. However, no satisfactory solutions have yet been found, so the Government is seeking to develop alternative options to include possible changes to the exemption for further education. More time will be given to addressing the key issues raised and there will be a further consultation period later in 2013.

Draft legislation, affecting the reduced rate for energy-saving materials in charitable buildings and refunds for NHS bodies, has previously been published for consultation but no material changes will be made to the final legislation to be introduced in Finance Bill 2013.

The 1.89p per litre fuel duty increase due to take effect on 1 September 2013 will be cancelled.

Beer duty was due to increase by three pence with effect from 18:00 on 20 March 2013. The changes below are intended to reduce beer duty by one pence. The Budget announced reductions in the duty on beer as follows:

Rates are to increase in line with inflation (based on RPI) with effect from 1 April 2013. The exceptions to this are noted below.

Vehicle Excise Duty has been frozen in 2013/14 on heavy goods vehicles (HGVs), buses, and related categories of vehicle that are linked to the lower HGV rate (minor rates) for 2013/14.

Legislation will be included in the Finance Bill 2013 to raise the gross gaming yield (GGY) bandings for gaming duty in line with inflation (RPI). The revised GGY bandings must be used for accounting periods starting on or after 1 April 2013.

The measure also confirms that the CPF will not apply in Northern Ireland from 1 April 2013.